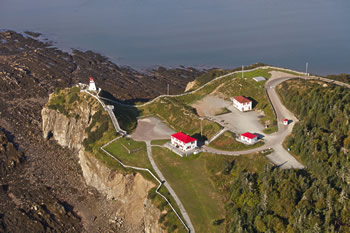 Cape Enrage is one of the must-see destinations within the Fundy Biosphere Reserve and the Fundy Coastal Drive experience.

Fundy's Cape Enrage is a registered charity/not for profit organization operating an adventure and tourism destination on the Fundy Coastal Drive, under a volunteer board of Directors at Cape Enrage N.B.

Fundy's Cape Enrage's goal is to operate and maintain a first class sustainable operation to enhance visitors experience in the Fundy Region through lowest possible rates and donations.

Licensed Family Restaurant, Gallery/Gift Shop, Boardroom, Lighthouse, Fossils and one of the most fantastic views in the Fundy Experience are at Cape Enrage.

Tax receipts will be issued for donations of $50.00 or greater.

At Cape Enrage, our mission is to provide our guests with an enriching and entertaining experience of the Bay of Fundy that will create lasting memories. 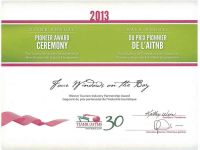 Cape Enrage along with our 3 partners (Fundy National Park, Hopewell Rocks, and Fundy Trail) were 2013 recipients of the Pioneer Award from the Tourism Industry Association of NB.

"Four Windows on the Bay" The Bay of Fundy Top Natural Attractions is a unique partnership between Cape Enrage Interpretive Centre, Hopewell Rocks, Fundy National Park and Fundy Trail, to enhance and innovate the experience opportunities afforded to our guests and visitors. 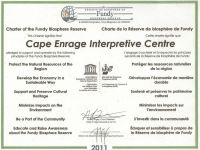 Fundy's Cape Enrage, a non-for-profit society, exists to preserve, protect and share the wonders of Cape Enrage. Your admission contributions form the foundation of this effort.

Cape Enrage is so named for the turbulent waters that pass over the reef which continues southward from the island for nearly a kilometer at low tide and the rough seas can be seen for much farther on windy days as the current and wind are in opposition. It is one of the most hazardous areas for mariners in the upper Bay of Fundy.

Cape Enrage lighthouse is one at a cost of the oldest on New Brunswick's Fundy coastline. The original light was built about 1840 at a cost of £600 and was probably a fixed, white light which may have been changed later to a green hazard light. David Tingley sold the land for £50 and allowed a road to be constructed to the Cape at no charge. The Commissioners determined the site to be suitable; it had water, stone for building, some arable land and the point of land reserved for the lighthouse was in direct sight of all points from Rockport southward to St Martins.

Recently, records have been found indicating that a second lighthouse (the current one) was built at Cape Enrage in 1870. This light had a revolving white light until replaced with a fixed green light about 1999. Cape Enrage is actually an island now called Barn Marsh Island and is only connected to the mainland by a beach-head along which the road has been constructed. It is separated from the mainland by Barn Marsh Creek.